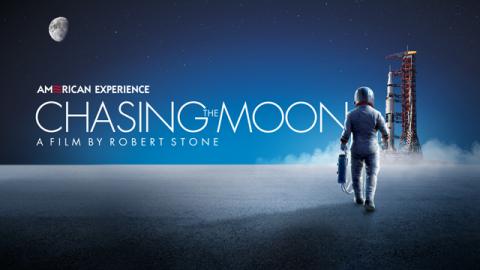 Teens , Adults
Registration for this event is no longer open.

Please join us for an exclusive screening of Chasing the Moon, Part 1: A Place Beyond the Sky, before its official release on PBS. It’s 1961, and the space race is gaining momentum. While the rivalry with the Soviet Union intensifies, President Kennedy publicly champions America’s space program but privately has concerns about the astronomical cost.

The screening includes a talk by NASA ambassador Andy Poniros. His presentation will include a discussion of the infancy of the space race with the Soviet Union through to the Apollo program that sent 24 humans to the moon. NASA is planning on sending humans to the moon again in 2024. Images and audio of these historical events, including personal audio recorded by Andy with Apollo astronauts, will also be shown.