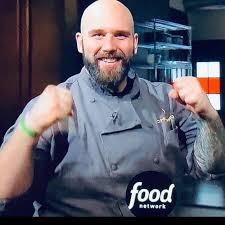 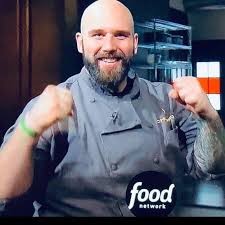 All Ages , Teens
Registration for this event is no longer open.

What's Cooking Series - A series featuring local chefs. Guest chefs share the back stories behind their cooking lives, the challenges of running a restaurant/food market and talk about a favorite cookbook or recipe.

Join us as Chef/Owner of The Tasty Yolk, Eric Felitto, demonstrates his Clam Shell-Stuffed Crab!

Chef Eric is a Fairfield native and has quite a diverse background that he brings to his business. He has been cooking his delicious bacon, egg and cheese sandwiches since he was in high school. Eric has professional training from the New England Culinary Institute and has worked at a number of area restaurants including Barcelona, the Barteca Group, Artisan and L’Escale (Greenwich). During a stint in Colorado, he honed his Asian cooking skills. In addition, The Chelsea has been under his watch for four years.

The Tasty Yolk now has four food trucks and a store front in Bridgeport.  Chef Eric is a VERY busy guy!

*REGISTRATION IS REQUIRED: **The Zoom link will be emailed the day of the event.**